The distinct style of Northwest Coast is easily recognizable worldwide. Most recognize the Haida and Kwakwaka’ wakw designs, but most do not realize the region is made up of numerous nations and can be grouped into larger main groups: the Haida, the Tlingit, the Tsimshian (including Nisga’a and Gitksan), Nuxalk (Bella Coola), the Nuu-chah-nulth (Nootka and includes the Haisla, Heilstuk, Oweekeno), Northern Wakashan, Kwakwakw’waka (Kwakuitl) and the Coast Salish. In all there are eighteen tribes in the Northwest region: Tlingit, Nisga’a, Haida, Tsimshian, Gitxsan, Haisla, Heitlsuk, Nuxalk, Wuikinuxv, Kwakwakw’waka, Nuu-chah-nulth, Makah, Coast Salish, Chimakum, Quileute, Willapa, Chinook and Tillamook.

The culture and art was almost lost due to laws forbidding the practice of ceremonies that greatly suppressed carving. The art was maintained through Charles Edenshaw and Mungo Martin and were brought to the mainstream public by Bill Reid (Haida), Robert Davidson (Haida) and Henry Hunt (Kwakwakw’waka), which is why these two forms of art are still the most recognizable forms and mostly associated with the Northwest Coast Style. However, each region has a distinct style with subtle differences from each other. Works from artist such as Susan Point (Coast Salish) and Andy Everson (influenced by both Salish and Kwakwakw’waka culture) have started to expand the general public’s view of Northwest Coast Art.

Hear are just a few of the works in the exhibition. 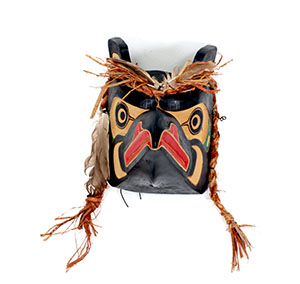 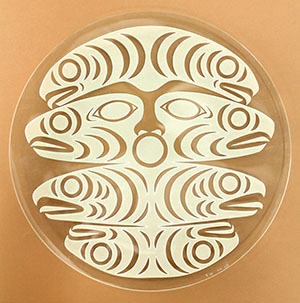 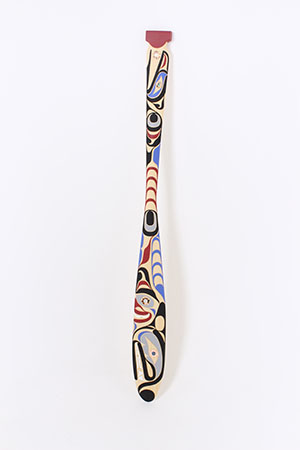 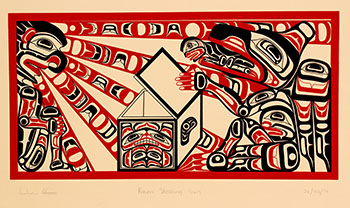