A couple of trail-blazing NHLers will headline Portage College's 19th Annual Student Scholarship Fundraising Dinner this spring. On April 6, 2019, the College and presenting sponsor Cenovus Energy will welcome Jordin Tootoo and René Bourque to the Lac La Biche campus as part of a special evening celebrating Indigenous culture, hockey and education. Hometown hero Bourque, of Métis heritage, and Tootoo, the first Inuk player in NHL history, will share tales of their journey to the NHL and other inspirational stories while guests enjoy a sumptuous meal and other surprises. There will also be a live auction and silent auction items up for bids.

Cocktails and hors d'oeuvres start at 5:30 p.m. with dinner to follow. Guests are encouraged to wear their favourite hockey team's jersey to the event.

"We are so honoured to have Jordin and René, two exemplary people, at this year's dinner," she said. "This event is our most important fundraiser of the year because it provides direct financial support to students across all our campuses. What better way to support their success than by raising money for scholarships at this annual Student Scholarship Fundraising Dinner."

The dinner isn't the only time the hockey stars will be making an appearance in Lac La Biche. Thanks to Britton's Your Independent Grocer, Bourque and Tootoo will spend time with the area's high school students at an invitation-only event at the Bold Center on Friday, April 5. 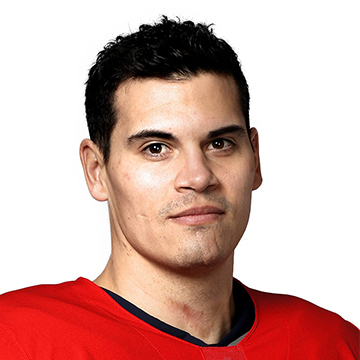 Bourque, a business degree graduate from the University of Wisconsin, was drafted by the Chicago Blackhawks as a free agent in 2004 and made his NHL debut in 2005-06. He spent three years in Chicago before a 2008 trade sent him to the Calgary Flames where he established himself as a key offensive player. He was traded to the Montreal Canadiens in 2011 and had a memorable playoff run in 2014 before wrapping up his NHL career with stints with the Anaheim Ducks, Columbus Blue Jackets and Colorado Avalanche. Last year, Bourque made his Olympic debut a memorable one, tying for the team lead in goals and helping Team Canada win a bronze medal in PyeongChang. In addition to his hockey accomplishments, Bourque has been involved in many charitable endeavours both in Calgary and in his home town of Lac La Biche. 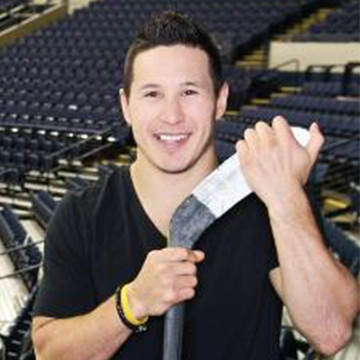 Tootoo recently announced his retirement after a 13-year NHL career, during which he amassed 161 points and 1,010 penalty minutes while playing for the Nashville Predators, Detroit Red Wings, New Jersey Devils and Chicago Blackhawks. Originally from Rankin Inlet, Tootoo was the first player of Inuit descent to make it to the NHL. When he officially retired in October 2018, he noted that it was his honour to now focus on giving back to the Indigenous community.

Tickets for the Student Scholarship Fundraising Dinner are $102.50 per person (including service fee) and can be purchased online by going to the event page.