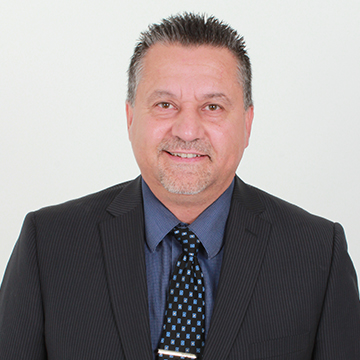 Mr. Gervais began as an instructor within the Business Administration program and later became the Coordinator of the Business department. After leaving the College for two years to teach oversees in the Middle East, Guy returned to the College and worked in various roles including instructor, coordinator, and registrar. In 2010, he assumed the role of Dean of the Faculty of Business, University Studies and Social Work, and in August, 2015, he moved into an executive leadership position as the Associate Vice President Academic (VPA) and subsequently, Vice President Academic.

In his role as Vice President Academic, Guy is responsible for strategic leadership within a suite of academic programs including Business, Native Cultural Arts, Environmental Studies, Food Sciences, Health & Wellness, University Transfer, Human Services, Trades & Technology and Academic Upgrading. Guy is located at the Cold Lake campus where he brings leadership to that campus location. Working with his academic leadership team, he supports the development and delivery of College programs that meet both internal and external quality assurance measures.

Guy earned a Master's in Business Administration with an emphasis in Management from City University of Seattle (2009). He attended the University of Lethbridge and obtained an undergraduate degree in Management (1988) while playing Canadian Interuniversity Sport (CIS) hockey. His current professional development is focused on leadership in a changing educational landscape. Although his roles have changed over his more than 25 years with the College, he remains student focused. "We must never lose sight of our motivation and mission in the work that we do; to provide outstanding teaching and learning for our learners."