The Portage College Voyageurs Men’s futsal team is playoff bound. The Voyageurs will compete in the 2022 Alberta Colleges Athletic Conference (ACAC) Futsal Championships March 26-27 at The King’s University in Edmonton.

The Voyageurs went undefeated in four games during northeastern regional games in February to punch their tickets to the playoffs, which will feature the top teams from the four ACAC futsal divisions.

Voyageurs Head Coach Kika Mukuninwa is excited for the opportunity and believes his team has a good chance of becoming league champions. “Since the heartbreaking end of the outdoor season, the boys found a new level of focus and determination that translated into success in futsal and a readiness to compete against anyone,” he said.

Mukuninwa pointed to the Voyageurs’ team spirit and willingness to work hard for each other as traits that will serve them well as the stakes get higher. “It's easy to be selfish when you are talented, but the boys are embodying the team first mentality that's necessary for winning,” he said.

As proud as the head coach is of the men’s team, he is just as proud of the women’s team, who did not qualify for the championships. “The ladies improved from match to match and I’m really excited for their next season,” said Mukuninwa. 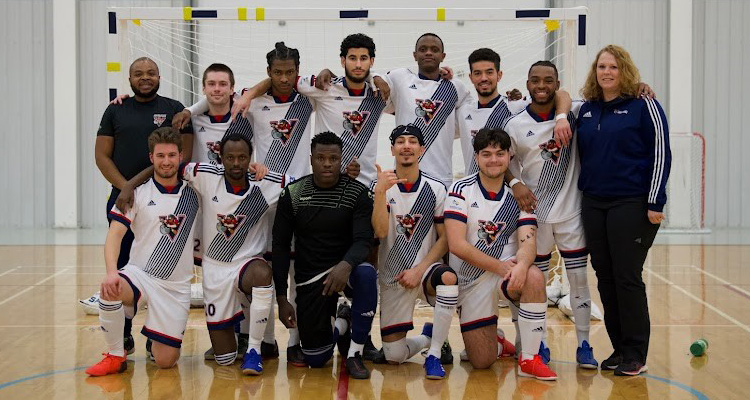