Inuit Art was brought the mainstream public in the late 1950s by James Houston. James Houston travelled to Cape Dorset in 1956 as a northern service officer with the Canadian Government’s Department of Northern Affairs. One of his task was to collect carvings and handcrafts from the Inuit residents. In 1959, Houston was instrumental in forming the West Baffin Eskimo Co-operative, laying the groundwork for the legendary stonecut printmaking tradition of the Inuit and a way for Inuit artist to move their carvings and tapestries to the general public. Recognized worldwide the distinct style of Inuit art has been celebrated in Canada Post commemorative stamps and CN Rail car series.

Here are some of the works in the exhibition. 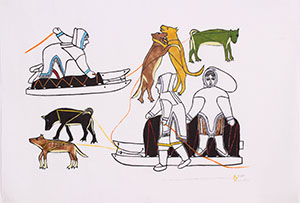 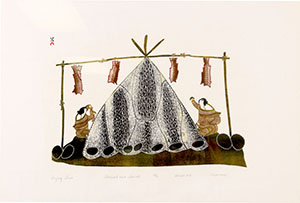 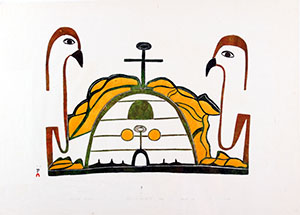 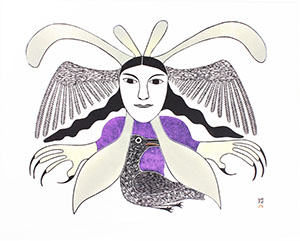 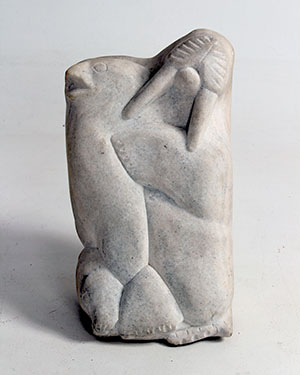 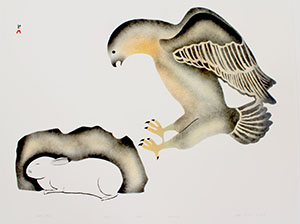